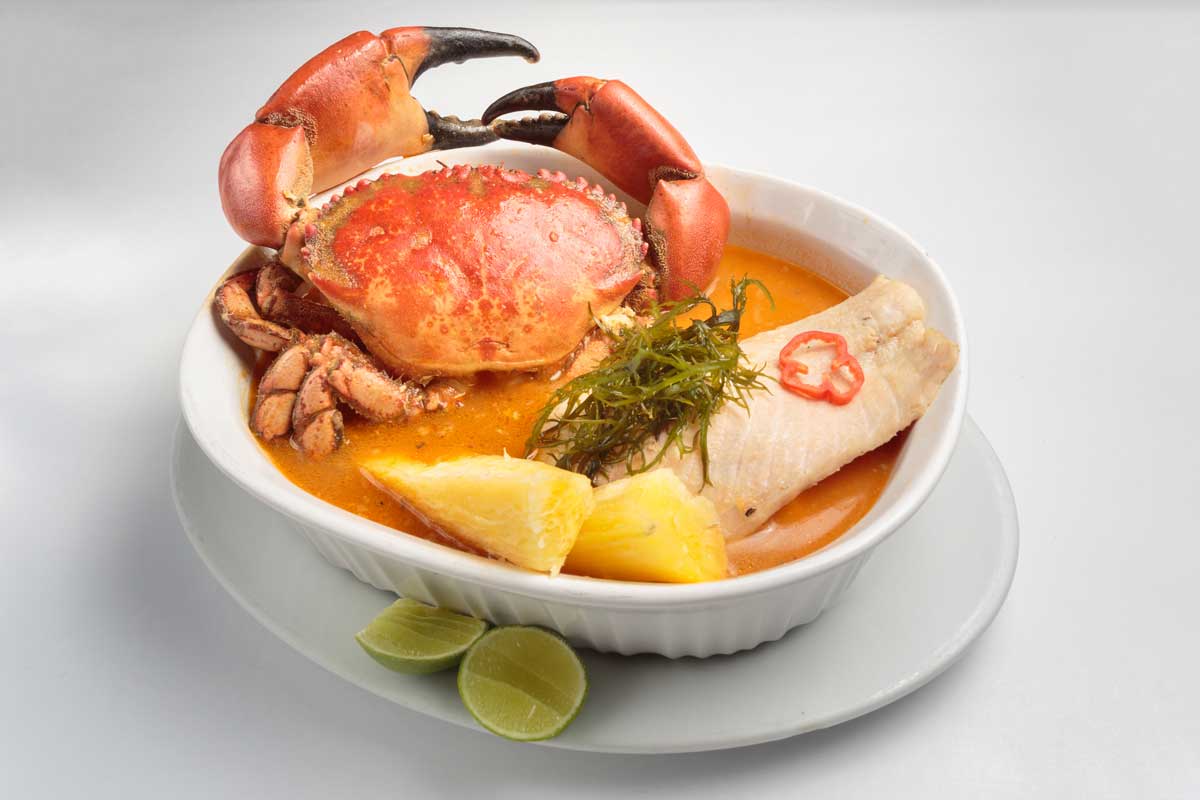 Peruvian cuisine is know for many incredible savory dishes.  Parihuela is one such dish. This traditional Peruvian soup is so creamy and hearty it can be served as a fulfilling meal.

The Parihuela is a spicy seafood soup with origins from the Peruvian fishing community. It’s popular along the coast. The main ingredient is a firm-fleshed white fish like a fresh cut of sea bass or red snapper. Other ingredients include Dungeness crabs and green prawns to add flavor and contrast.

The stew is delicious and nourishing and offers what Peruvian fishermen would enjoy. In this guide, we will share everything you need to know about Peruvian Parihuela. So read on!

As mentioned earlier, the Parihuela is a seafood soup. Its name is derived from a chile pepper meaning “from the mountains” of Hidalgo in Mexico.

The pepper is common in salsas but can be used in soups, stews, and sauces. Parihuela is also one of the culinary dishes of the culture of Peruvian people. Though it’s similar to the French Bouillabaisse, its flavors and ingredients are uniquely Peruvian.

Parihuela in America is commonly made in Peruvian cultural festivals. You will fall in love with the spiciness and flavor, leaving you captivated and yearning for more.

Peruvian delicacies are found more and more in restaurants across America.

Trying to prepare the Parihuela might give you an assumption that it’s difficult to recreate at home.

But that is far from the truth, the soup is not just easy to make, but with the right ingredients, you can get better results from your kitchen.

The only concern is getting the sort of Peruvian chili peppers you find in this seafood fish soup.

If you try to replace them with other chilies, it won’t work.

Fortunately, you can get these supplies and every indigenous Peruvian ingredient for your future recipes from a Latin American grocery store, Mexican or Peruvian markets. See the list of the peppers below:

The aji amarillo paste is made from an orange pepper – capsicum baccatum pendulum—which is the most relevant ingredient when making Peruvian cuisines since the Inca times.

The plant is cultivated around the country, and locals use it daily to make sauces and stews.

You can find it in paste, canned, fresh, or dried.

The paste includes boiled, blended fresh aji Amarillo which is the most common spice and well-worth buying, but you can also make it at home.

On the pepper scale, aji Amarillo measures 30,000 – 50,000 Scoville heat units to match up with cayenne and tabasco chilies.

Compared to jalapeno, Aji Amarillo is twenty times hotter. To top it up, it has a fruity, berry-like flavor.

In case you don’t find aji Amarillo, the next best heat profile available in stores is Serrano pepper, which measures 10,000 – 23,000 Scoville heat units.

The paste includes a deep red to burgundy colored chili pepper – capsicum chinense—which is mild and a common ingredient in Peruvian sauces.

The plant is commonly grown in the coastal regions of Peru. It’s dark red and has berry-like sweetness with a smokey undertone.

It matches up with mild poblano pepper making it two to eight times more pliant than the jalapeno reference point.

A common alternative is the ancho paste with a 1,000 – 1,500 Scoville heat units with a heat profile, but the flavor is a little further away.

It tastes smokey sweet with a touch of the coffee bean to add an earthy twist.

You can find it in fresh, dried, or paste form. It’s an excellent choice for flavoring soups, stews, rice, and marinated fish and chicken.

The paste is made from yellow or red chili pepper—capsicum pubescent- it’s mild—hot and a critical ingredient in Peruvian cuisine.

Rocoto pepper natively grows on the slopes of the Andes mountain range.

There is juiciness and meatiness to these peppers, which is more akin to a tomato than a chili.

The pepper typically looks like a small tomato in hues of yellow, orange, and red with dark brown or black seeds.

Aji rocoto has a fresh grassy taste and crisp fruitiness enhanced by the juiciness of the chili itself.

In case you don’t find aji rocoto, the next best heat profile available in stores is Manzano chili, which measures 10,000 – 23,000 Scoville heat units.

Other Peruvian Pastes You Can Include in the List

For eight servings, you need to prepare for 30 minutes and a cooking time of 1 hour and 15 minutes.

There are many steps to making Parihuela, but don’t let it stop you from making this delightful soup at home.

Here are the ingredients you’ll need to serve eight people:

Peruvian Parihuela is a Peruvian cultural dish from chile pepper, meaning “from the mountains” of Hidalgo Mexico.

Fishers in the coastal region enjoy this soup after a long day fishing.

The Peruvian Parihuela is easy to prepare as long as you have the right ingredients.

Don’t be tempted to omit the chili or replace it; if you do, the soup won’t have the same flavor and contrast.

Our blog is all about sharing our love of Latin American foods & drinks. We will bring you articles and recipes of the very best Latin American & Spanish cuisine. Amigofoods was founded in 2003 and is the largest online grocery store offering a wide variety of hard to find freshly imported foods & drinks from all over Latin America and Spain.